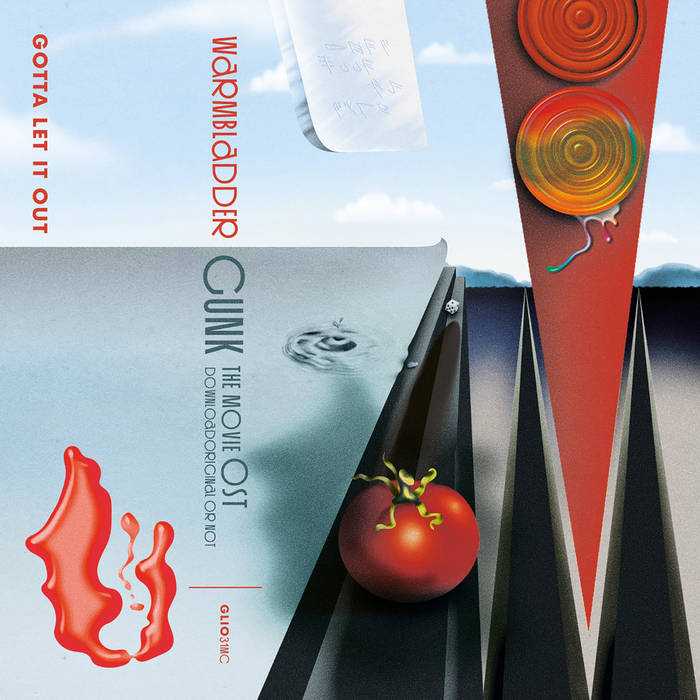 Henceforth, WARMBLADDER lurks out from tenebrosity!
TWO totally new electronic works full of free improvisation, midi shreds, and ambient horrors coming at the same time on two obscure by now medias: CD and cassette.
WARMBLADDER's music is TRULY ahead of its times and can be best described by genres terror jazz, sick jam, and post-everything.

>>GUNK The Movie OST download original or not<< is a 20 minutes work in two movements leaning towards the terror side of music-making. The core of WARMBLADDER trio: Pole based in Copenhagen playing midi-ribbon - Tomo Jacobson (Moonbow, Mount Meander, Sun Araw), Hawaiian electronic drummer based in LA - Jonathan Leland (Janka Nabay, Sun Araw, Skeletons), and Spaniard playing The Box - Ignacio Nacho Córdoba (Fuego, Magia); is joined on this release by the German maestro saxophonist Jonas Engel (Own Your Bones, Just Another Foundry), and the mad Danish guitarist Taus Bregnhøj-Olesen (Yngel, Klimaforandringer). The music is fucking scary.

"This is quite a nice release indeed."
(Frans de Waard - Vital Weekly - The Netherlands)

"It is too short to inflict real fear of imminent terror."
(Eyal Hareuveni - Salt Peanuts - Isarel/Norway)